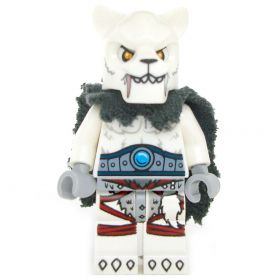 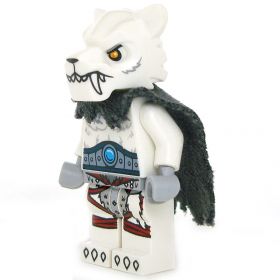 Adlets are cunning hunters of the arctic wilds. Tall, sinewy, nimble, and very quick, they see themselves as the true heritors of untamed arctic lands, and are offended by any other humanoid species that attempts to settle in such regions. Although not normally evil, adlets are very aggressive and warlike. They also have no social taboo against cannibalism, and their practice of eating their dead rather than burying them only further builds misconceptions about their morality. Deeply religious, adlets worship the power and cruelty of nature, seeing divinity in the lash of the blizzard's wind, the ferocity of the polar bear, and the immensity of the towering iceberg. Many become oracles or druids, but all adlets know their place in the natural world.

This design is 100% LEGO, and features a dark gray cape by Adventure Bricks.