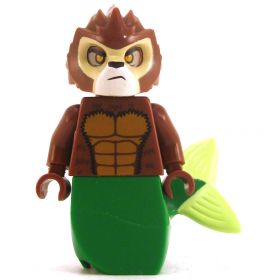 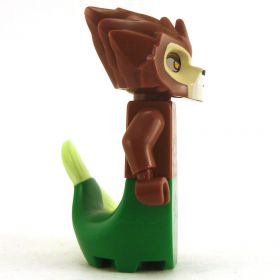 The feral sea cat (sometimes referred to as the sea lion, sea tiger, or sea leopard) is among the most vicious and ubiquitous of coastal predators in tropical oceans. The upper body of a sea cat is that of a typical great cat-a lion, tiger, leopard, or cheetah-complete with a pair of clawed paws capable of rending the flesh from its prey. In place of back legs, however, the sea cat has a sleek and powerful tail that allows it to move quickly and silently through the water. While only the back half of a sea cat looks fishlike, its entire body from the neck down is covered in fine scales and fins. Among individual sea cats, these scales vary greatly in color and pattern, often influenced by the primary habitat of a given specimen. A typical sea cat is 12 feet long and weighs upward of 800 pounds. Sea cats can survive in both fresh and salt water, though most live in the ocean, where they can hunt a varied and consistent supply of food.