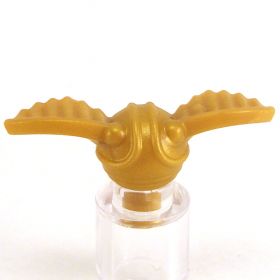 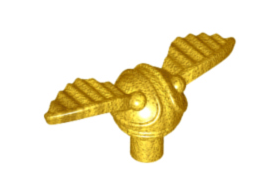 Stealthy, observant, and frequently persuasive, arbiter inevitables are the scouts and diplomats of the inevitable race. Found throughout the multiverse in courts and on battlefields, arbiters keep a close eye on the forces of chaos and do their best to keep the lawful from straying, while simultaneously winning over the hearts and minds of those who might yet be saved. Though their assorted abilities make them extremely useful, arbiters see themselves less as servants than as advisers and counselors, preferring to ride around on their summoners' shoulders and help guide their "partners" on the path of law. They detest being summoned by chaotic individuals, and when teamed with such a creature, they aren't above using Diplomacy to try to inf luence the summoner's friends or refusing to undertake actions that seem contrary to their programming. Arbiter inevitables measure 1 foot in diameter but are surprisingly heavy, weighing 60 pounds.